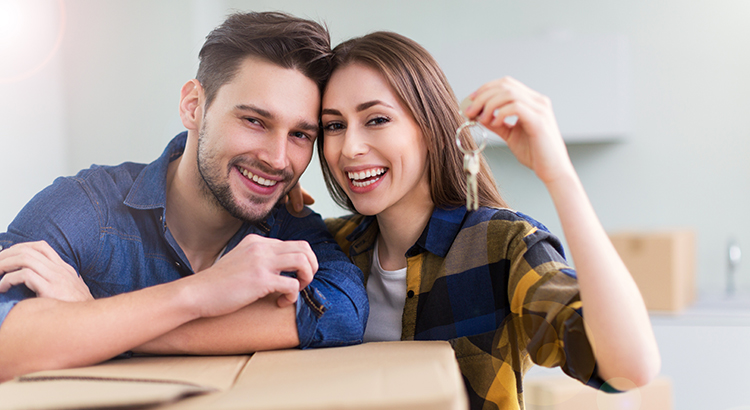 The updated numbers actually show that the range is an average of 5% less expensive in Orange County (CA) all the way up to 46% in Houston (TX), and 36% Nationwide!

A recent study by GoBankingRates looked at the cost of renting vs. owning a home at the state level and concluded that in 36 states it is actually ‘a little’ or ‘a lot’ cheaper to own, represented by the two shades of blue in the map below. 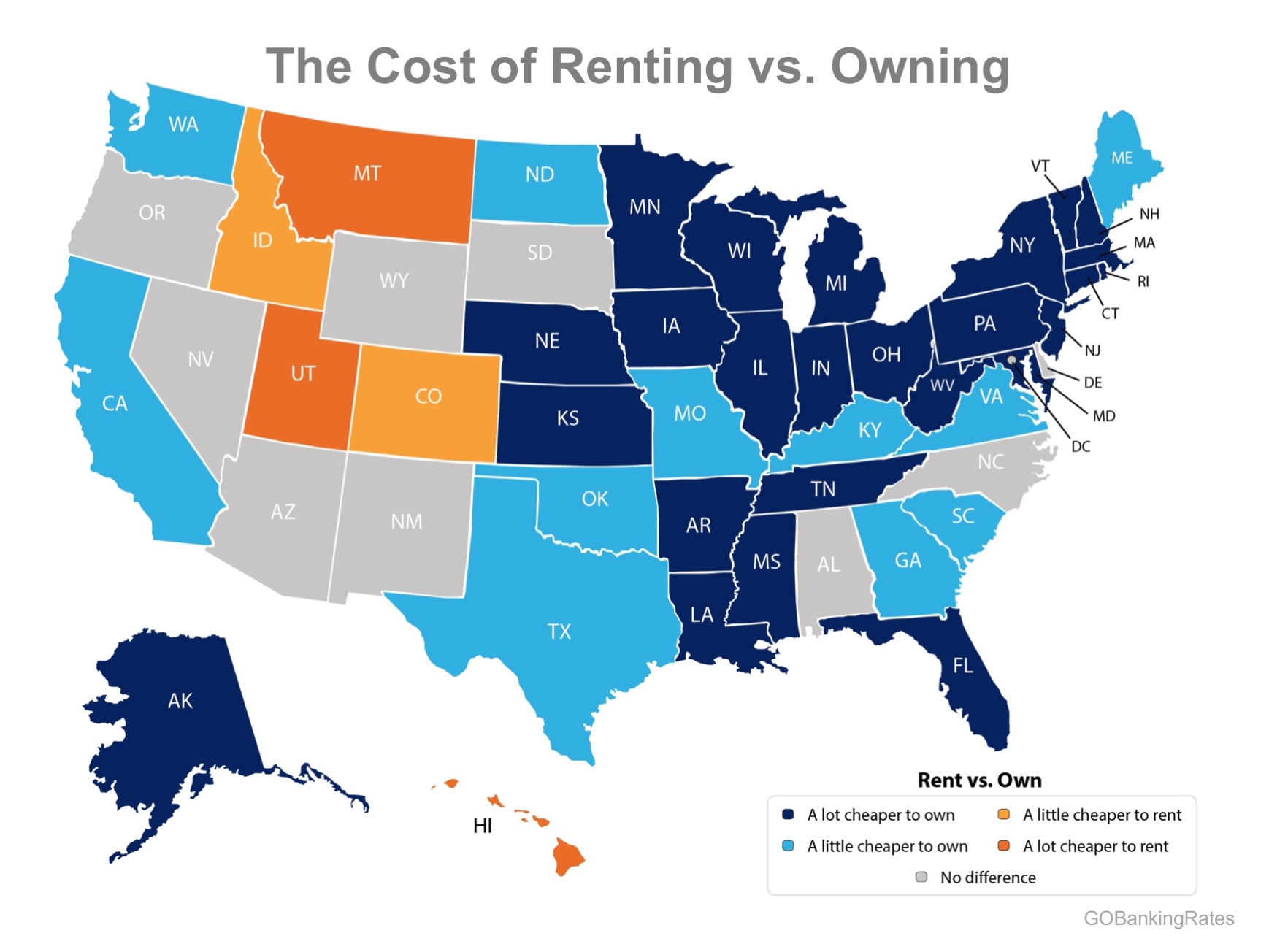 One of the main reasons that owning a home has remained significantly cheaper than renting is the fact that interest rates have remained at or near historic lows. Freddie Mac reports that rates fell again last week to 3.43%.

Nationally, rates would have to rise to 10.6% for renting to be cheaper than buying – and rates haven’t been that high since 1989.