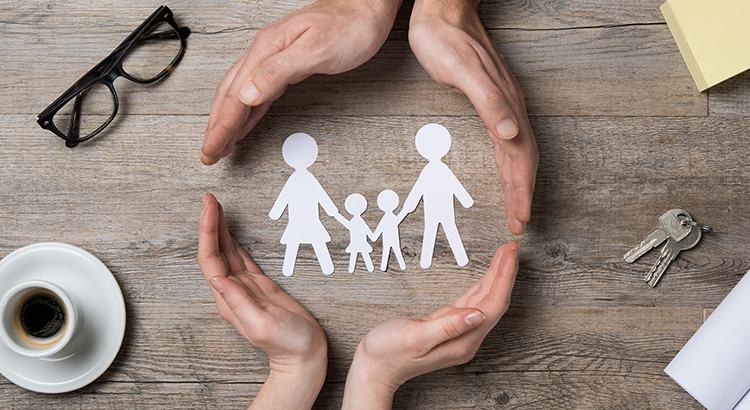 There has been a lot of talk about the falling homeownership rate in the United States. In December 2004, the homeownership rate reached an all-time high of 69.4%, while the current rate is 62.9%. When comparing these two figures, there is some room for concern regarding the difference.

However, today we want to shine some light on the issue by: 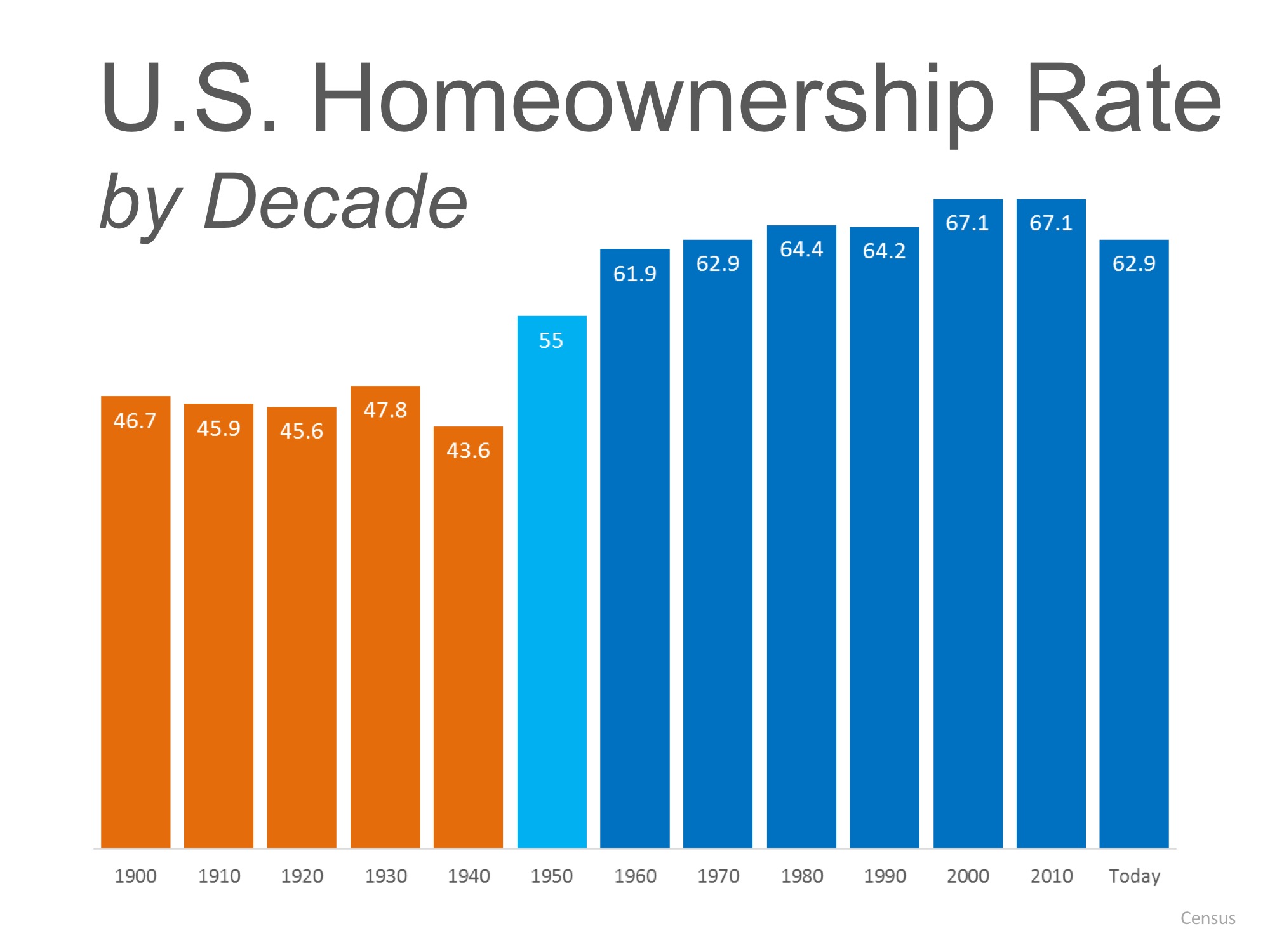 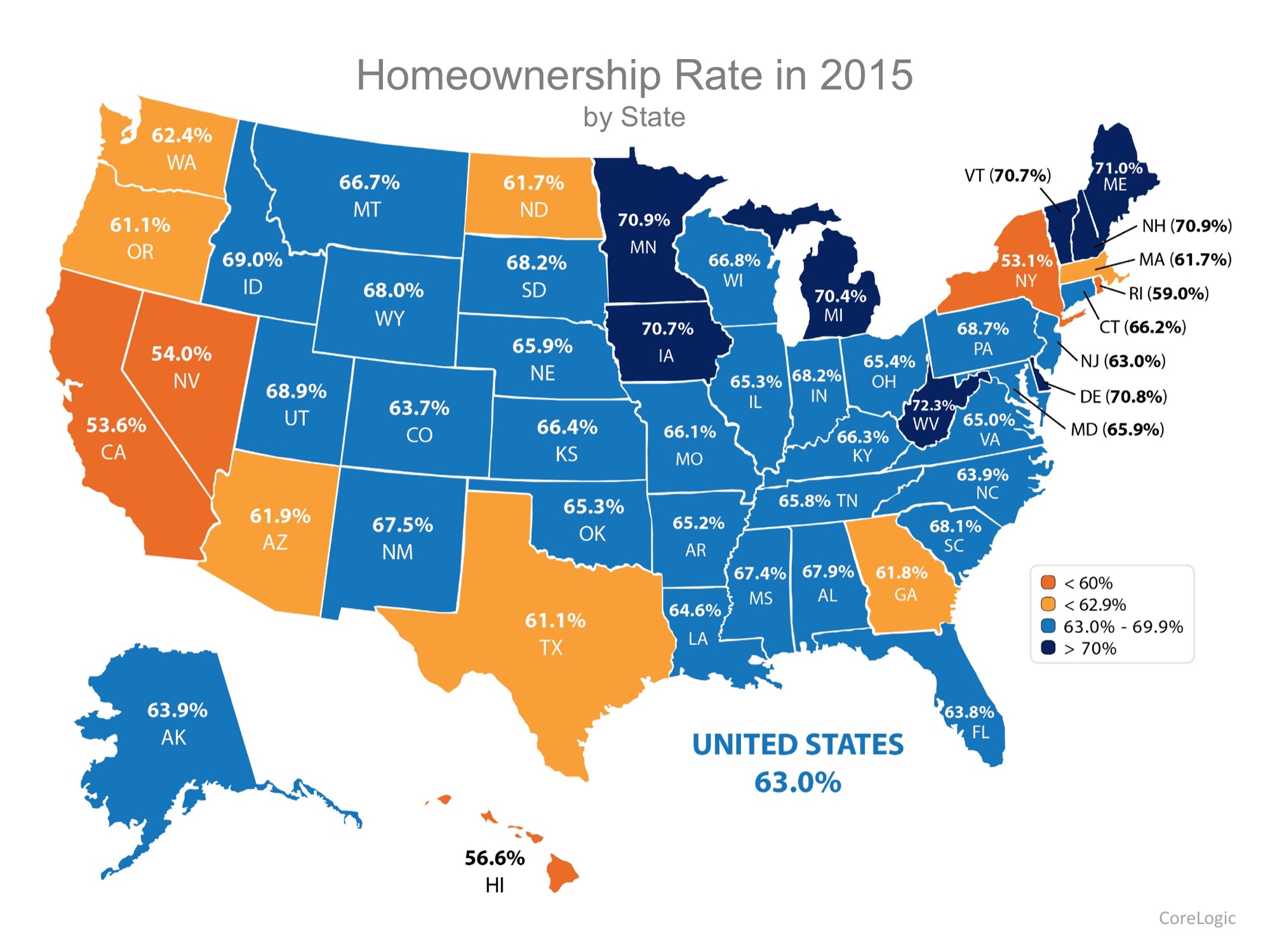 All of the states that you see in blue on the map above have a greater homeownership rate than the national average.

Though the homeownership rate has fallen recently, the percentage is still at a healthy rate compared to historic numbers, and most states currently have a higher percentage than the national average.